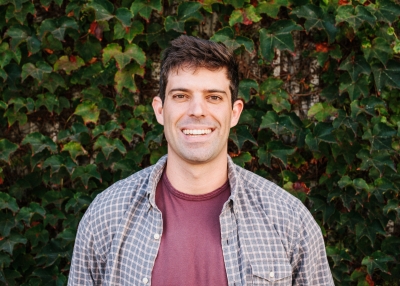 It's a pleasure to introduce myself and to join the Thompson Writing Program! My affinity for writing centers and composition pedagogy began at Vassar College, where I first found a space for thinking about what it means to be a writer and how to relate to other writers as a peer. I was fortunate in my PhD studies at the University of Virginia and postdoc at Georgia Tech to further my commitment to writing centers, first as a graduate consultant at the UVA Writing Center and then as an assistant director of the Georgia Tech Communication Center. Georgia Tech in particular offered me an opportunity to pursue empirical research into writing centers, collaborate with a STEM-oriented student body, and expand my knowledge of communication genres. My thinking typically takes place in the spaces between rhetorical and literary studies; in recent years, I've considered the emergences of concepts like sincerity, authenticity, and irony in post-1945 US fiction and popular culture, and I'm now in the early stages of a project on literary representations of writer's block (and their lessons for working with blocked writers). This fall, I'm teaching a Writing 101 seminar on the popular non-fiction essay, asking students to consider the rhetorical implications of writing from personal experience, about popular culture, and to change public opinion. Beyond the university, I'm an avid concert-goer and occasional surfer. I'm very much looking forward to meeting everyone in the TWP and, eventually, figuring out the differences between the types of barbecue in North Carolina.

When you’re told to write “an essay,” what do you imagine? Five paragraphs, rife with evidence and organized in service of an argument? A personal story that discloses your innermost hopes, fears, and beliefs? An investigation into a forgotten subject, built from interviews and historical research? An interpretation that casts new light on a popular book, film, album, or show? Or some combination of the above?

In this seminar, we’ll take a deep dive into the messy and ambiguous genre of the essay, charting its many powers, forms, and subjects. In doing so, we’ll take up three specific and hotly debated topics that pervade contemporary essay writing. We’ll consider how the essay might elevate, scrutinize, and reveal the influence of popular culture, looking to recent examples from Hanif Abdurraqib, Chuck Klosterman, and Wesley Morris. We’ll examine the uses (and abuses) of writing from personal experience, guided by Jia Tolentino, Leslie Jamison, and David Foster Wallace. And we’ll determine what it takes for an essay to shift public thinking on the concepts that structure US culture and politics—such as race, gender, and power—through works by James Baldwin, Angela Davis, Ta-Nehisi Coates, and Gloria Steinem.

Over the course of the semester, we’ll also write substantial, well-researched essays of our own. Among these will include close readings of particular essay writers’ techniques and a position paper in which students will stake out their own understandings of what is and isn’t an essay, and what an essay can or should do. The major project for the course will be a long (~10 pages) essay on a subject of students’ choosing, brainstormed, outlined, and developed throughout the semester. In the past, students have written on topics including immigrant identity and the English language, major league sports and political responsibility, and growing up in the US South. Students should expect to share and revise their writing in pairs and small and large groups; each student will circulate their writing to the entire class for feedback at least once.