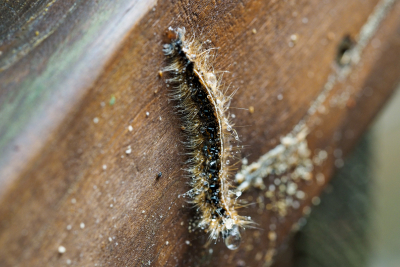 As the colder months draw closer at Duke, sweatshirts emerge from hibernation, and students are awash in the bustle of the semester. All the while, something seems absent. A familiar hum that both annoyed and intrigued students from the moment they arrived on campus: the cicadas. Just weeks ago, their cries filled the treetops, providing an impromptu soundtrack for the start of the semester. Now the familiar sound has faded, replaced by the scuffling of shoes on their way to one of the rare in-person classes. Yes, this year’s batch of swarming, screeching cicadas has departed for the year, and the butterflies, dragonflies and other insects that call Duke home are not far behind. But like the cold of the winter, this absence is fleeting, and we can depend on our many-legged neighbors to return in the spring, their chirping and buzzing bringing in a new season. But this endless cycle may not be all that endless.

All across the world, insect populations are plummeting; researchers are showing rapid decline. Between 1996 and 2016, butterfly populations across Ohio decreased by 33%. Two researchers studying arthropods in the rainforests of Puerto Rico found even more shocking results: the average arthropod biomass in one rainforest in 2013 was 60 times less than in 1977. These figures are not just startling; they show a downward trend so steep that the effects on the world’s ecosystems are potentially catastrophic. Not only are numbers of insects decreasing, but also the level of diversity seen within individual insect populations. While population decrease is a serious issue, it can be overcome with time and effort. If unique insect species worldwide go extinct with no record of their existence, much less their DNA, we will likely never be able to bring them back. Remarkable, unique insects will be lost forever, taking precious scientific data with them.

And while you may not feel personally affected by this issue, you should. This mass death includes insects that we depend on for everything from food to fuel. Agriculture is one area where insects are especially beneficial. Even when ignoring all naturally occurring plant life on the planet, the contribution of honeybees to global agriculture is estimated at over $500 billion. When taking into consideration the multitude of animals that rely on the abundance of insects as a food source, this figure rises dramatically.

Another untapped area of expansion lies within the medical field. It is said that rainforests are the “world’s largest pharmacy” due to their untapped potential for the discovery of new drugs. Between 1981 and 2010, over a third of all commercially approved drugs were derived from compounds discovered in nature. Many scientists are now looking to insects as a vast avenue for the creation of new medicines. It is estimated that while we have discovered roughly one million distinct insect species so far, this may only be 20% of the total number of insect species or less. To a pharmaceutical researcher, genetic diversity is a goldmine. Divergent evolution creates innumerable solutions to problems presented by nature, and as a function of the number of species in existence, chances are that one or more of these solutions can benefit humans in some way. Traditional cultures around the world have been using species of insects for their anti-inflammatory, anti-microbial and pain-reducing properties for years. However, if these species die off before they can be studied or even discovered by the scientific community, thousands of potentially life-saving treatments will be lost.

Many of the studies exploring the death of insects have found strong correlations between insect decline and human activities. These factors mainly consisted of human land development, climate change and an uptake in pesticide use in agriculture. While these issues may seem insurmountable, there are ways that we at Duke can make a beneficial contribution to preserving insect life. By supporting research into clean and renewable energies, choosing food from farms that eliminate or reduce pesticide use and working to cut down on energy consumption and pollution, we ensure that Duke has a positive impact on local ecosystems.

This year seems to get progressively more apocalyptic as time moves forward. But rest assured, this disaster is avoidable, though urgent. Do not feel as though the survival of the insects rests solely in your hands. If anything, this year has shown us how we as a Duke community can come together and accomplish a shared goal. Individually, the changes we make in daily life are small – take a shorter shower, or spend an extra $2 for organic produce – but when taken in the context of the Duke student body, or the global community, these decisions have a large impact on the environment.  By doing our part as members of the global community, we can help to preserve insect populations, so that future classes can depend on the next season of cicadas.