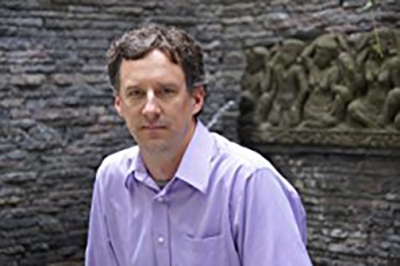 Six years ago, writing instructor John Warner realized that higher education had a problem. Record numbers of students were experiencing anxiety, sometimes so severe they could hardly bring themselves to attend class. Yet data showed that college students were studying less. “Somehow, they’re working less, but worrying more,” he wrote in an article for his Inside Higher Ed blog – an article titled “Students Crying in My Office.” His conclusion? Students were too protected from adversity. They weren’t resilient enough.

Fast forward to 2014. By this time, Warner had realized that the problem wasn’t the students. It was the culture at large – a system in which the cost of higher education was soaring while grades were understood as the ticket to a secure financial future. In a new post for his blog, he wrote: “Students look at the larger culture and see not a ladder of opportunity, but a treadmill of obligation. No wonder they’re distressed.”

Two years later: 2016. By now, Warner had come to a conclusion completely opposite his original post. “Students Aren’t Coddled. They’re Defeated,” he wrote with a perspective informed by years of thinking about this issue. “We have divorced school from learning, and this is the result,” he wrote. School has become a matter of credentialing instead of a place for students to pursue their passions. How can teachers help? In his post, he talks about using a grading contract to redirect students from product to process, talking to students about sharing their passions and values in writing, and lastly, encouraging them to remake the world in a way that “makes sense to them.”

Years of thinking about pedagogy has paid off for Warner, not only in his teaching but also in his own writing. From these blog posts and others, he has two forthcoming books on the teaching of writing: Why Can’t They Write?: Killing the Five-Paragraph Essay and Other Necessities (Johns Hopkins UP) and the tentatively titled Not a Writing Textbook: Experiences for the Developing Writer (Penguin/Random House).

On Thursday, March 1st,, at Duke’s Forums for Scholars and Publics, Warner encouraged other faculty to do the same. Writing about teaching is not just a matter of mining our experiences for wisdom to share with others, he said. It’s also vital for us to publicly advocate for our pedagogical values.

Warner’s workshop encouraged faculty to collaborate in creating intentional communities to think and write about pedagogy.   For a room full of Duke faculty, his words and story inspired faculty to “get our narratives out there.”